Watch this video or read the text below to learn about groups.

Groups are an important concept in Herdly. Even though the core philosophy of Herdly is to deal with individual animals, the reality is that we often deal with groups of animals and Herdly tries to accommodate that where possible by allowing you to select multiple animals to perform an action on. Often it is possible to use a filter to naturally select the group based on things like their current location, gender, birth year, etc. But often you will want to group animals in ways that Herdly can't automatically know about. This is where the idea of groups comes into play.

For example, you might create a group called Possible Replacement Heifers. When you see a calf that catches your eye, you could add it to this group. When it comes time to decide which calves to keep, you might consider the animals in this group and narrow it down from there. Basically you can create a group and add animals to it any time you want to remember that there is something common about those animals.

An animal can belong to multiple groups and animals can move in and out of groups over time. A group can be short lived or long lived. When you are done with a group it can be deleted if non animals are in the group or it can be archived.

The functions of creating a group and adding/removing animals from a group are different. This topic explains how to work with the group itself. Other topics explain how to add and remove animals from groups (see Add To Group and Remove From Group).

You can work with groups on the computer or a mobile device. On the computer, go to Setup > Groups to open the Groups window. A list of your current groups is listed on the left side of the window. 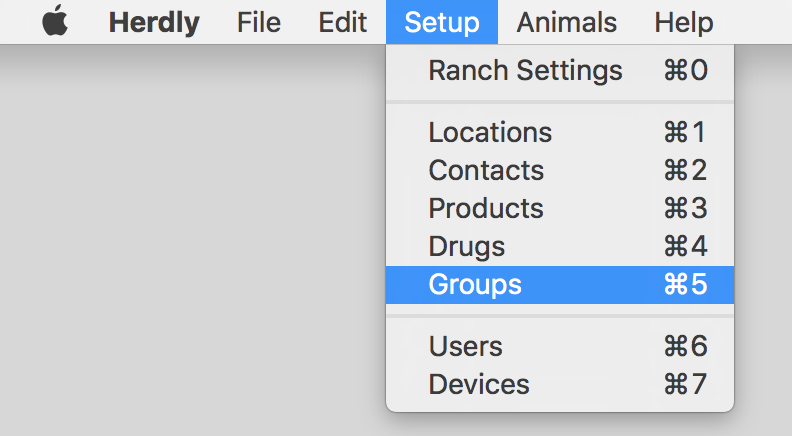 If you have a lot of groups, use the search field at the top of the window to find a specific group. You can also toggle the Archived checkbox below the list to include or not include archived groups in the list. 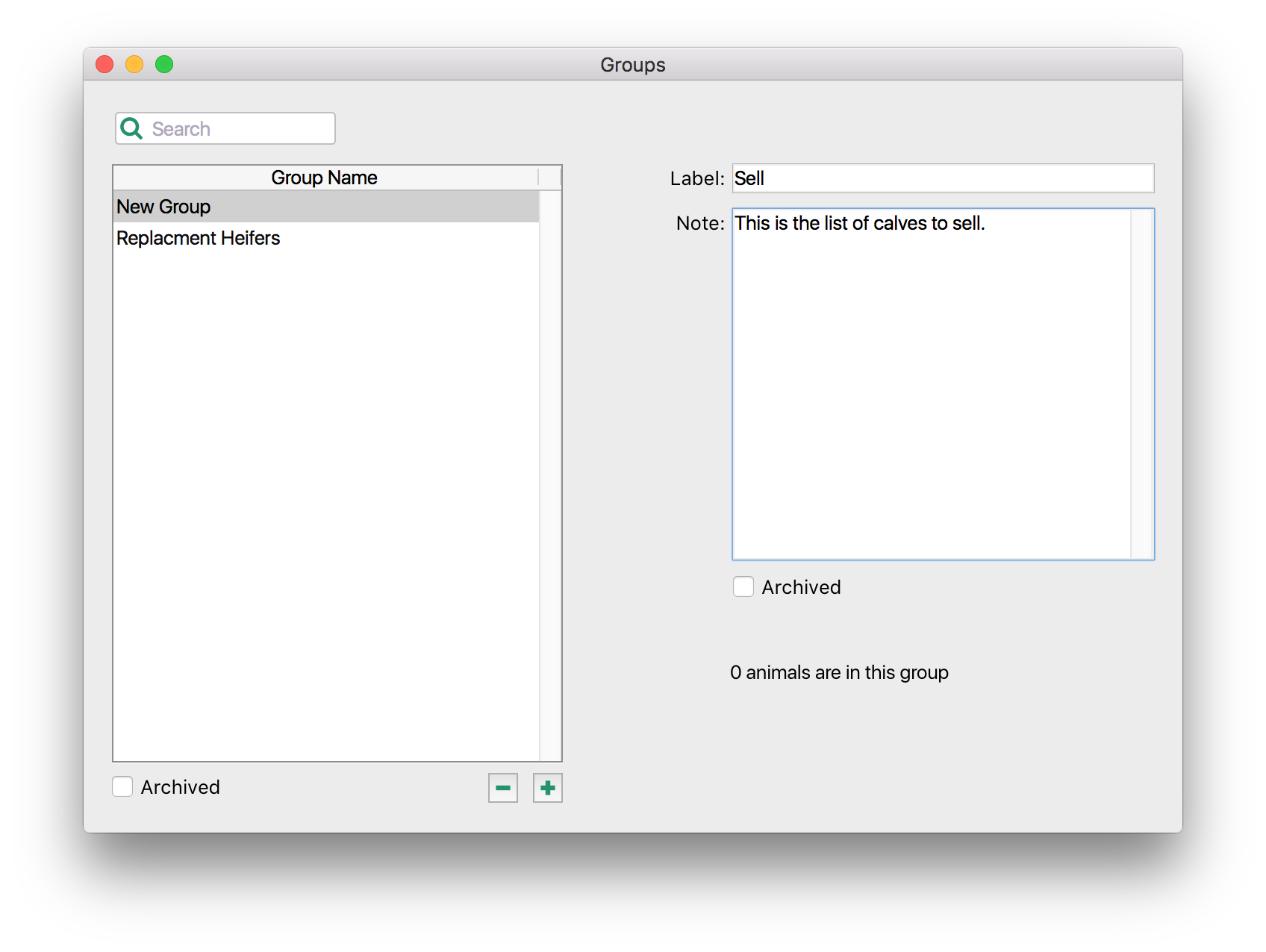 Working with groups on a mobile device is similar. Go to Ranch > Groups to see a list of your groups.

You can choose whether to include archived groups in the list by switching the Show Archived Groups control at the top of the screen. To create a new group, tap the + button and fill out the fields. To modify an existing group, tap it in the list and the make your changes in the fields. When you are finished creating or modifying a group, tap the Save button to save the changes. There are also buttons to archive or delete the group.