Performing actions on multiple animals at the same time is an important time saver, but it must be realized that Herdly always works on individual animals and when you perform an action on multiple animals Herdly is really performing that action repeatedly in the background, once for each selected animal.

On the computer, actions can be performed on animals in the Animal List window. Certain actions are also available on child lists. To perform an action, select rows in the list and click the Actions button. Alternatively, you can right-click on the selected rows. Either way you will be presented with a list of possible actions to choose from.

Most actions require some information from you before they can be saved. When an action is selected, the action sheet will appear on the right side of the window. This, for example, is what the Move Animals action looks like: 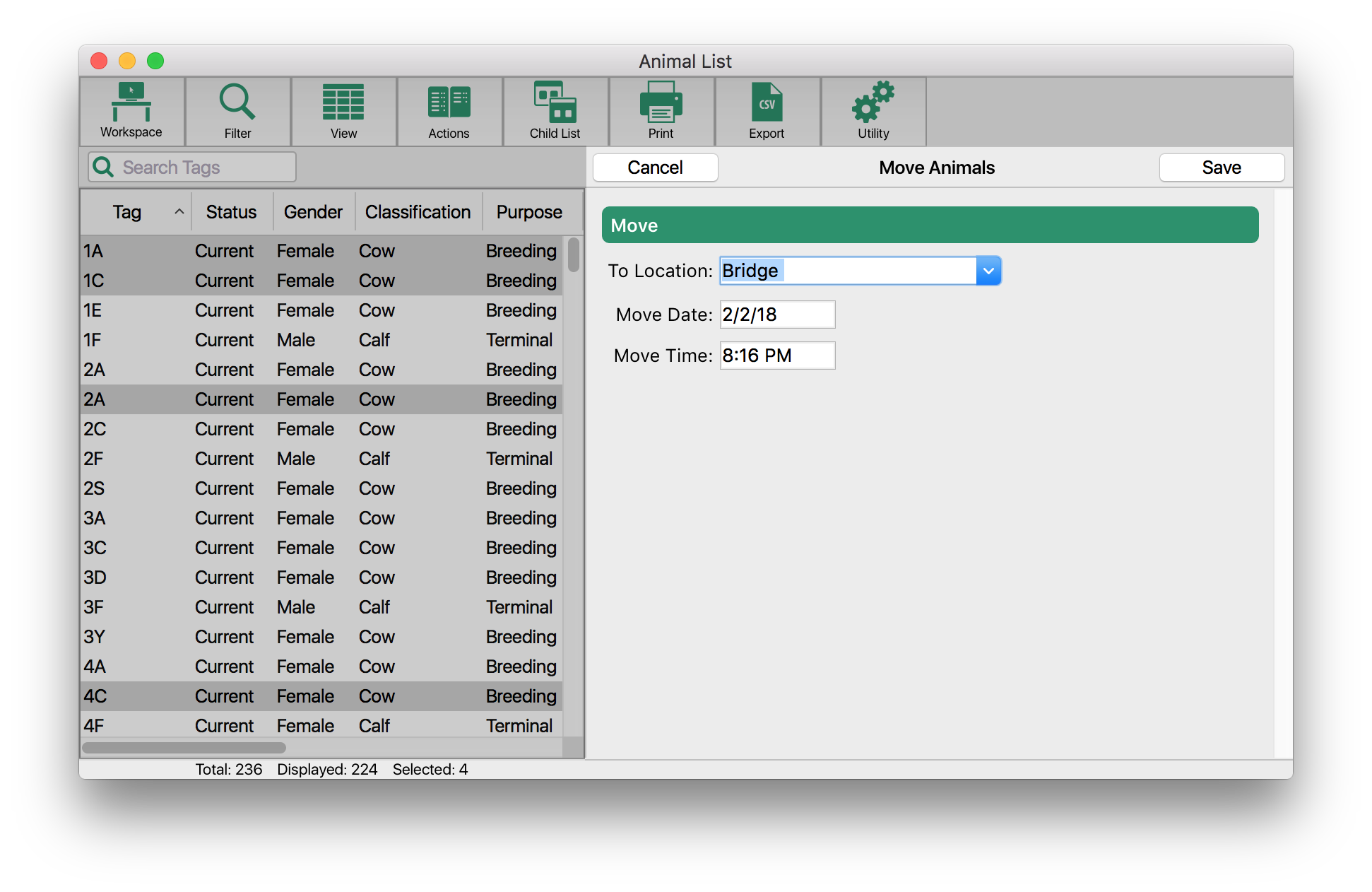 After the date and location are entered, you would click Save to have Herdly perform the action. Other actions are similar in that you can enter information and then either save or cancel the action. See Actions for details on all the possible actions that can be performed.

Double-click an animal to open the Animal History action. Option-double-click a row to perform the last used action on a row.

On a Mobile Device

Actions work very much the same on mobile devices. Select one or more animals and then choose the action you are interested in. On mobile devices, actions are divided up among the following tool bar buttons, found at the bottom of the animal list:

Once again, see the Actions topic for details on each action.